Hello again fans of the foot!

Early last week we released version 0.5 of Anger Foot which overhauled a lot of the systems and raised the bar in terms of detail and interactivity. Unfortuntely there were also a lot of rough edges, and some outright egregious bugs. Version 0.6 aims to fix a lot of the small things and polish up the experience. Not only is it a lot smoother and more flowing from a gameplay perspective, but you should all see a significant performance boost too!

A lightning-fast hard-bass blast of kicking doors and kicking ass.

i tried to do feet only does picking up a gun make it not feet only?

Picking up a gun doesnt count against feet only. Firing the gun does though.

If you want that, buy maximum action

i would love an exit button, i just think it will make the experience a bit smoother(in the main menu)

(mac version) I had the game on the lowest setting and at a couple of points I thought does the game have slow-mo now? but it was just the frames dropping fast. I had a lot of guns and enemies get stuck in walls and doors. I shot the Granade happy enemies with a shotgun in front of their face and it didn't kill them. Doors sometimes just don't break by kicking them. The difficulty was fantastic this time around and I had fun the entire time and was not frustrated at the later levels. I liked the improved lighting and the art is getting better and better each time.

(suggestions) I would love to see gun twirling animations for picking up guns or even shooting. Like when you pick up the shotgun you toss it up in the air and catch it. With the uzi pickup, you can have a gun twirl and shoot when you pick it up and start shooting. The pistol you could spin on your finger like a basketball. ooooh, and with the red bomb heads, it would be cool if you could pick them up and throw them. Also, an enemy idea a small pug with headphones that scream alerting enemies where the player is. This pug could maybe kick grenades and takes guns off the ground, then hides them. maybe even takes them from the player and runs with them.

Thanks for the detailed feedvbback! love the idea of scrreaming pug enemies!

Still getting stuck in the slums #2

They drag/push the couch to block the door 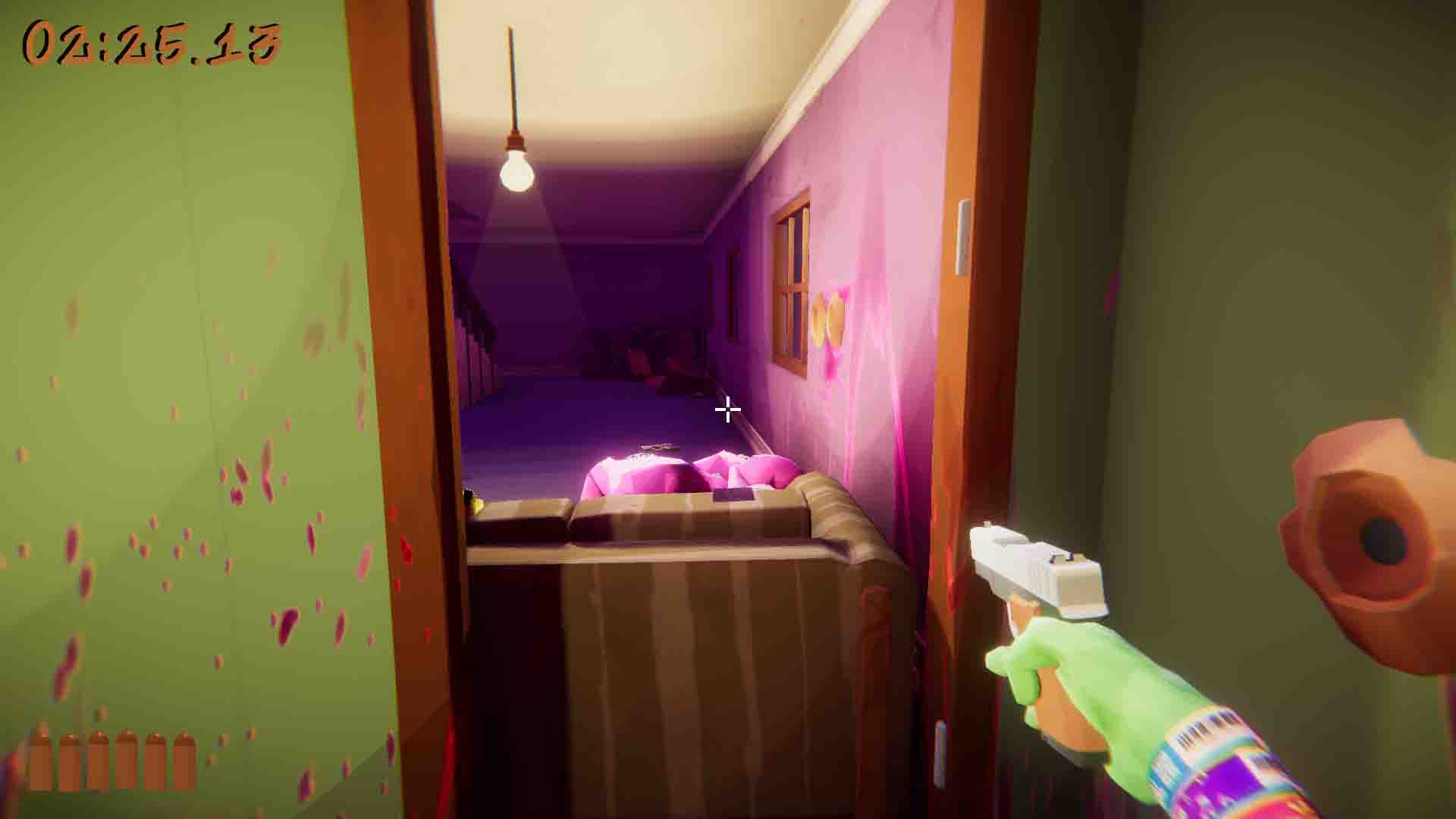 agreed it's almost like what Hello Neibor planned to do but did soooooo welllllll (sarcasm) but yeah that should be fixed or be able to kick couches or vault over them.

Lol sorry, we will be working through these kinds of issues through development. thanks for brining it to our attention.

did you try kicking it? and I dont mean once, I mean did you break your E key on that couch? If the enemies can move it, the player can too generally.